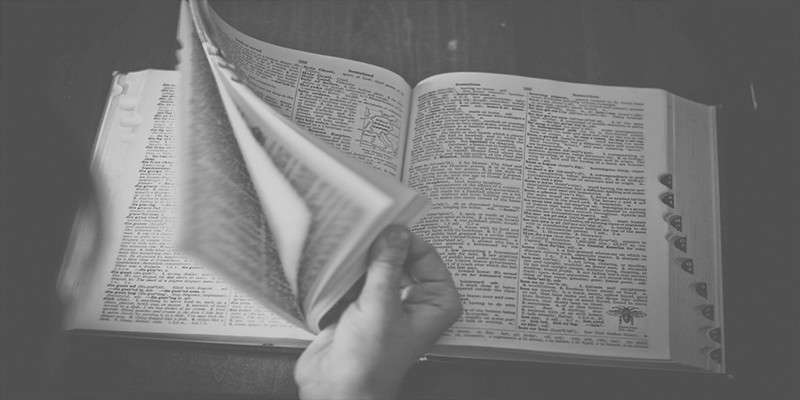 ARRANGEMENT ROOM - A room at the funeral home used to make the necessary funeral arrangements with the family of the deceased.

BEREAVED - (N) The immediate family of the deceased. (V) suffering from grief upon the death of a loved one.

BURIAL CERTIFICATE OR PERMIT - A legal paper issued by the local government authorizing burial. The permit may authorize earth burial or cremation or removal to a distant point.

CASKET - A receptacle of wood, metal or plastic into which the dead human body is placed for burial. Sometimes referred to as a "coffin".

CASKET COACH - Hearse - A special car designed and used to transport casketed remains from the funeral service to the cemetery. Also known as a Funeral Coach.

CEMETERY - An area of ground set aside for burial or entombment of the deceased.

CERTIFIED DEATH CERTIFICATE - A legalized copy of the original certificate, issued upon request by the local government for the purpose of substantiating various claims by the family of the deceased such as insurance and other death benefits.

CHAPEL - A large room in the funeral home in which the farewell service is held.

COMMITTAL SERVICE - The final portion of the funeral service at which time the deceased is interred or entombed.

COSMETOLOGY - Utilization of cosmetics to restore life like appearance to the deceased.

CREMAINS – another term for “ashes”.

CREMATION - Reduction of the body to ashes by fire.

CREMATION PERMIT - A certificate issued by local government authorizing cremation of the deceased.

CREMATORY - A furnace for cremating remains - a building housing such a furnace.

CRYPT - A vault or room used for keeping remains.

DEATH CERTIFICATE - A legal paper signed by the attending physician showing the cause of death and other vital statistical data pertaining to the deceased.

DEATH NOTICE - That paragraph in the classified section of a newspaper, or on the Internet, publicizing the death of a person and giving those details of the funeral service the survivors wish to have published. Sometimes referred to as an obituary.

DECEASED - (N) one in whom all physical life has ceased; (V) dead.

DISPLAY ROOM - That room in the funeral home in which caskets, urns, and other funeral merchandise is displayed.

EMBALM - The process of preserving a dead body by means of circulating a preservative embalming fluid through the veins and arteries.

ENTOMB - To place the body in the tomb (casket).

EULOGY- A brief speech (or speeches) that offers praise and celebrates the life of the person who has died.

EXHUME - To dig up the remains; to remove from the place of burial.

FLOWER CAR - A vehicle used for the transportation of flower pieces from the funeral home to the church and/or cemetery.

FUNERAL ARRANGEMENTS - Funeral director's conference with the family for the purpose of completing financial and service details of a funeral.

FUNERAL DIRECTOR - A person who prepares for the burial or other disposition of dead human bodies, supervises such burial or disposition, maintains a funeral establishment for such purposes. Also known as a mortician or undertaker.

FUNERAL HOME - A building used for the purpose of embalming, arranging and conducting funerals.

FUNERAL SERVICE - 1) The profession which deals with the handling of dead human bodies; 2) The religious or other rites conducted immediately before final disposition of the dead human body.

FUNERAL SPRAY - A large bunch of cut flowers sent to the residence of the deceased or to the funeral home as a floral tribute to the deceased.

GRAVE - An excavation in the earth for the purpose of burying the deceased .

GRAVE LINER - A receptacle made of concrete, metal or wood into which the casket is placed. Normally this item has four sides and a top but no bottom. The main purpose of this item is to prevent the ground from sinking down around the grave site as the earth settles. By keeping the grass above the grave level with the rest of the cemetery, it’s easier to mow. This item is less expensive than a vault.

GRAVE (OR MEMORIAL) MARKER – A headstone. A method of identifying the occupant of a particular grave. Permanent grave markers are usually made of metal or stone and give data such as the name of the individual, date and place of birth, date and place of death.

HONORARY PALLBEARERS - Friends or members of a religious, social or fraternal organization who act as an escort or honor guard for the deceased. Honorary pallbearers do not carry the casket.

INTER - To bury a dead body in the earth in a grave or tomb.

INURNMENT - The placing of cremains (i.e. “ashes”) into an urn.

LEAD CAR - The vehicle in which the funeral director and sometimes the clergyman rides. When the procession is formed, the lead car moves to the front and leads the procession to the church and/or cemetery. This car is usually in front of the hearse.

LIMOUSINE - An automobile designed to seat five or more persons behind the driver's seat.

MASS CARDS - A card indicating that a Mass for the deceased has been arranged. (Catholic religion)

MAUSOLEUM - A building specially designed with several chambers to receive casketed remains. A permanent above ground resting place for the dead.

MEMORIAL – the generic name given to any type of headstone or flat marker used to identify the occupant of a particular grave or crypt. A marker is usually a flat piece of granite or bronze upon which identifying data is inscribed. A headstone is usually two large pieces of granite or marble upon which the identifying information is carved. The identifying information may include the name of the individual, date and place of birth, date and place of death. NOTE: in this kit I use the term “memorial” to represent any type of headstone or marker. Section 2 of this kit describes in detail the various types and features of memorial markers available.

MEMORIAL DONATION - A memorial contribution specified to a particular cause or charity, usually in lieu of flowers.

MEMORIAL SERVICE - A religious service conducted in memory of the deceased without the body being present. This term also applies when the service is conducted while the ashes / cremains are present.

MORGUE - A place in which the bodies of persons found dead are kept until identified and claimed or until arrangements for burial have been made.

MORTUARY - A synonym for funeral home - a building specifically designed and constructed for caring for the dead.

MOURNER - One who is present at the funeral out of affection or respect for the deceased.

NICHE - A small opening or recess in a wall that is used to display an urn containing cremated remains.

OBITUARY - A notice of the death of a person usually placed in a newspaper, or on the Internet, containing a biographical sketch of the deceased person. Sometimes referred to as a death notice.

PALLBEARERS - Individuals whose duty it is to carry the casket when necessary during funeral service. Pallbearers in some sections of the country are hired and in other sections they are close friends and relatives of the deceased.

PLOT - A specific area of ground in a cemetery owned by a family or individual. A plot usually contains two or more graves. This is the space used to bury the casketed body or an urn containing cremains (ashes).

PREARRANGED FUNERAL - Funeral arrangements completed by an individual prior to his/her death.

PRIVATE SERVICE - This service is by invitation only and may be held at a place of worship, a funeral home or a family home. This type of service is not open to the public or uninvited friends and family members.

PROCESSION - The vehicular movement of the funeral from the place where the funeral service was conducted to the cemetery. May also apply to a church funeral where the mourners follow the casket as it is brought into and taken out of the church.

PUTREFACTION - The decomposition of the body upon death which causes discoloration and the formation of a foul smelling product.

REGISTER - A book made available by the funeral director for recording the names of people visiting the funeral home to pay their respects to the deceased. Also has space for entering other data such as name, dates of birth and death of the deceased, name of the officiating clergyman, place of interment, time and date of service, list of floral tributes, etc.

RIGOR MORTIS - Rigidity of the muscles which occurs at death.

SERVICE CAR - Usually a utility vehicle such as a pickup truck or van. It is utilized to transport chairs, flower stands, shipping cases, etc.

SPIRITUAL BANQUET - A Roman Catholic practice involving specific prayers, such as Masses and Rosaries, offered by an individual or a group for a definite purpose.

SURVIVOR - The persons outliving the deceased, particularly the immediate family.

SYMPATHY CARDS - A card sent to the family to express sympathy.

URN - A container into which cremated remains are placed, made of metal, wood or stone.

VAULT - A receptacle made of concrete, metal or wood into which the casket is placed. Normally this item has four sides and both a top and bottom. The main purpose of this item is to prevent the ground from sinking down around the grave site as the earth settles. By keeping the grass above the grave level with the rest of the cemetery, it is easier to mow. This item is more expensive than a grave liner – but it serves the same purpose.

VIEWING - An opportunity for survivors and friends to view the closed casket of the deceased in private, usually in a special room within the funeral home.

VIGIL - A Roman Catholic religious service held on the eve of the funeral service.

VISITATION - An opportunity for survivors and friends to view the open casket of the deceased in private, usually in a special room within the funeral home.

WAKE - A watch kept over the deceased, sometimes lasting the entire night preceding the funeral. 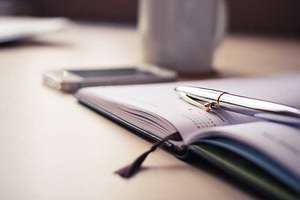