Joseph J. Earthman Generations is located on Westcott Street near Houston's Memorial Park Golf Course. The funeral home has served Metro Houston's multi-cultural communities for many years, as well as addressing the needs of communities in the Greater Houston area, Texas State, domestic U.S., and across the globe. The facility is within a 30-mile radius of several cemeteries.

From their red-brick building, the funeral home provides families with a welcoming, bright chapel area seating 80-100 guests comfortably and visitation/casket rooms that allow for private family moments prior to services.

The family-owned and operated funeral home is today run by fourth-generation funeral director Joseph J. Earthman, who has worked in every aspect of funeral service since 1992. He is supported by caring, dedicated staff members Brigid and Tom Earthman, Eve Earthman Reed, Fred Rogers, Mary Earthman Ward and Sheila Earthman Mayfield. 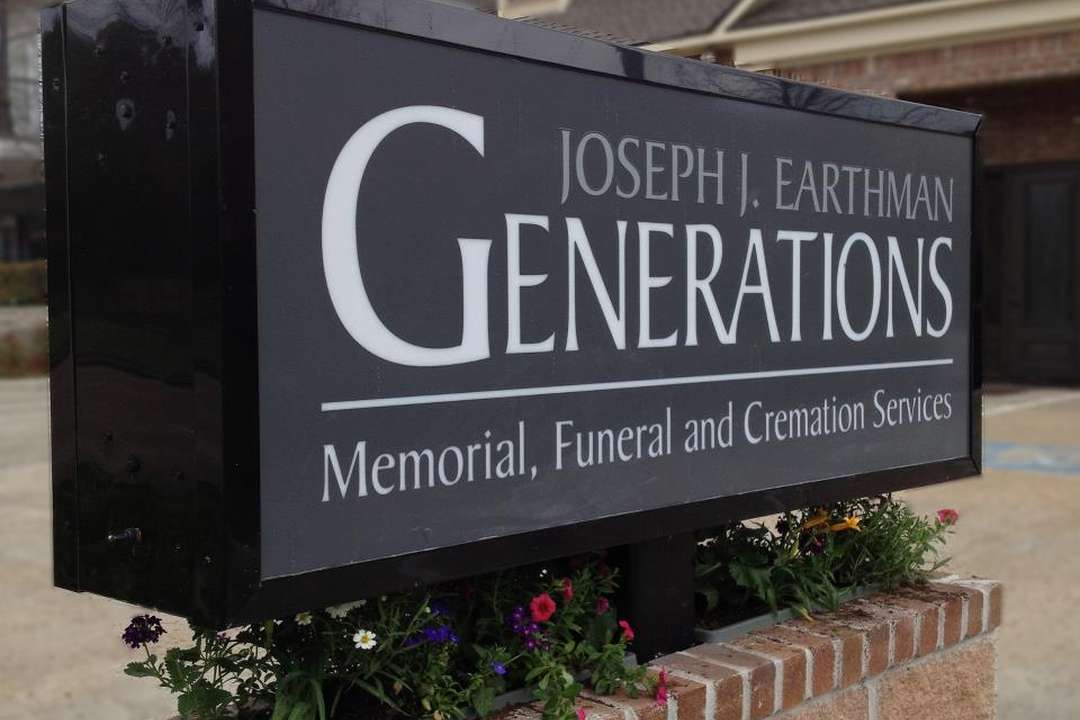 The prices below are based on the General Price List for Joseph J. Earthman Generations. However, funeral homes sometimes have special pricing packages available, and you should ask if those are available.

Please let the funeral director know that you found Joseph J. Earthman Generations on Parting.com to allow us to continue helping families like yours.

The General Price List we have on file for Joseph J. Earthman Generations has an effective date of Jan. 1, 2017. The prices on our site are for your reference only. We can’t guarantee that the actual prices will be the same as the prices listed on our site. All funeral homes have an effective date on their Price Lists that are subject to change and we recommend that you ask the funeral home for its most recent prices over the phone or for a copy of their General Price List.

“ I am giving Mr. Earthman 1 star only because of his dishonesty, I am currently in the preplanning stage of asking funeral questions. Mr. Earthman told me over the phone that he doesn’t charge an assignment fee if I were to use insurance. I was surprised because I knew that most funeral homes charge an assignment fee of 3% to 5% of the total bill. Fast forward several weeks later, as a precaution I called Mr. Earthman and asked him to email me all forms that would need to be signed in the event of a funeral so that I could review them. On the form “Irrevocable Assignment of Insurance Proceeds” at the bottom it clearly states that if the funeral home does not receive funds within 30 days (it could easily take more than a month for a policy to pay off) the Beneficiary has to pay the full Assignment Amount, plus a 10% HANDLING FEE. Imagine my surprise I called Mr. Earthman to ask about this fee and he had the nerve to tell me that he was not aware of that 10% fee. I was stunned, I thought maybe I had made a mistake so I told him since I was not at home that I would check the form again when I got home. After checking the form again I emailed Mr. Earthman the part of the form that shows the 10% fee. I have yet to receive a response from Mr. Earthman despite multiple follow up requests. This is really despicable behavior and I would urge others to go elsewhere because there should be no compromise on honesty and integrity. Mr. Earthman comes across as very knowledgeable and helpful over the phone so be very careful, he would have been an excellent used car salesman. If you must deal with Mr. Earthman make him email you all forms beforehand because he can be a smooth liar over the phone. There is a good reason he went into hiding with me, he knows how outrageous that 10% fee is and more importantly he knows that I caught him red handed in a big fat lie. ”

“ EXTREMELY personalized service, warm and hospitable staff. Of all the funeral homes we called, they were the only ones who talked to us like normal people. And they charge half of what most funeral homes in that part of town charge even though there wasn't any kind of 'economy' feel to the service they provided. ”

The funeral directors at Joseph J. Earthman Generations are available to provide you with expert advice.