Grissom-Clark Funeral Home is set less than 10 miles from the heart of Downtown Atlanta in the Southeast portion of the city. Both Westview Cemetery and Oakland Cemetery are located within easy driving distance of the funeral home.

Founded in 1974, Grissom-Clark Funeral Home was originally known as Grissom Funeral Home. The business changed names in 1978 when the current owner took over, and then again in 2008, at which time it became known by its existing moniker. Throughout these changes, the business has remained at the same location - a brick building, which can host up to 100 people in the chapel.

The original owner, Reverend Thomas Pendleton Grissom, Sr., began the funeral home in the early 1970s after a lengthy career in the church. Fostering a desire to serve his community, Isaac Clark, Jr. purchased the funeral home directly from Reverend Grissom.

One of the most unique offerings of Grissom-Clark is online planning. This allows families to plan from the comfort of their own homes. Cremation and funeral services are tailored to fit the client's needs, and direct cremation is an option for those who desire it. 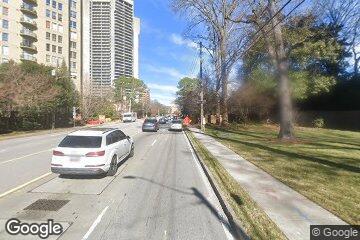 The prices below are based on the General Price List for Grissom-Eastlake Funeral Home . However, funeral homes sometimes have special pricing packages available, and you should ask if those are available.

Please let the funeral director know that you found Grissom-Eastlake Funeral Home on Parting.com to allow us to continue helping families like yours.

The funeral directors at Grissom-Eastlake Funeral Home are available to provide you with expert advice.