McGilley Memorial Chapel-Midtown is situated at 20 West Linwood Boulevard in the south of the city. The funeral home serves metropolitan Kansas City's diverse communities and is within a 30-mile radius of several cemeteries.

The large white facility greets visitors with a dark gray slate roof and well-kept lawns. The mortuary contains an elegant foyer, home-like family lounges and a chapel seating up to 100 funeral service guests.

When James P. McGilley joined Mellody-Joyce-Taylor in 1930, the company, which was originally founded in the early 1920s, became known as Mellody & McGilley. Mr. McGilley bought the Eylar Brothers Funeral Home in 1945, merging the two companies at Linwood Boulevard and Woodland Street. Mellody-McGilley-Eylar continued to expand, buying Quirk & Tobin Undertakers at Linwood Boulevard and Main Street in 1954.

By 1970 the mortuary at Linwood Boulevard and Main Street had changed its name to McGilley Midtown Chapel. The business is today owned and operated by 2nd generation members of the McGilley family. As part of the Dignity Memorial® network of funeral, cremation and cemetery service providers, the company offers direct cremation, traditional burial and cremation with memorial ceremonies as part of their overall services. 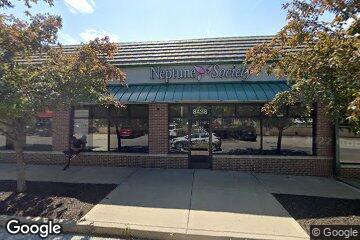 The prices below are based on the General Price List for McGilley Midtown Chapel. However, funeral homes sometimes have special pricing packages available, and you should ask if those are available.

Please let the funeral director know that you found McGilley Midtown Chapel on Parting.com to allow us to continue helping families like yours.

The funeral directors at McGilley Midtown Chapel are available to provide you with expert advice.