Buhay Funeral Chapel in Commor Avenue serves predominantly the Ukranian community of the Hamtramck and Metro area. Located just off McDougall Street, the funeral home is within a three mile radius of two cemeteries.

Christopher Buhay has served the local community for more than 33 years. The Commor Avenue chapel is a welcoming yellow-brick facility with gray canopied windows and entrance, where ca. 100 funeral guests can be comfortably seated. He opened this facility in 1983 and is today supported by a small team of dedicated staff, offering traditional burial with chapel or graveside ceremonies and cremation with memorial services.

Chris Buhay's business was founded in 1947, originally serving Polish communities. For the last eight years, the shift has been towards the area's Ukranian community. The funeral home is today managed by a second generation funeral director, who also owns another facility near St. Josaphat Church in Stirling Heights. 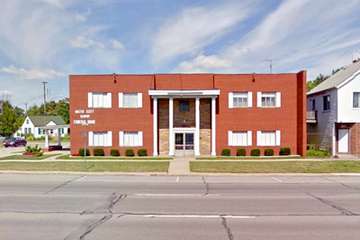 The prices below are based on the General Price List for Buhay Funeral Chapel. However, funeral homes sometimes have special pricing packages available, and you should ask if those are available.

Please let the funeral director know that you found Buhay Funeral Chapel on Parting.com to allow us to continue helping families like yours.

The funeral directors at Buhay Funeral Chapel are available to provide you with expert advice.