Chapel of the Light

Prices for Chapel of the Light:

Cemetery and Chapel of the Light are located on West Belmont Avenue, in the heart of Fresno, just west of Roeding Park and north of Mountain View Cemetery. The funeral home has served families in Fresno for more than 100 years.

The beautiful Chapel, funeral home, numerous mausoleums and cemetery are a Fresno landmark, one of the most recognizable historic buildings in the city. Set in beautiful landscaped grounds that at one point contained 600,000 fig trees and 60,000 ornamental trees, the light brown buildings seem to slumber under their sun-baked red roof tiles.

Inside the facility are state-of-the-art amenities, including two state rooms, offices, a hospitality room for catered funeral receptions, an apartment, a casket selection room and the cathedral-like Chapel.

First established in 1914, Chapel and grounds were sold to Buck Kamphausen, a funeral director, in 1983. In 2012 he handed the management over to funeral director and General Manager Michael J. Rabara, who had joined the family-owned and operated firm in 2007. As a full-service funeral home, the facility can offer funeral service packages that include direct cremation, traditional burial with chapel or graveside services and cremation with memorial ceremony. 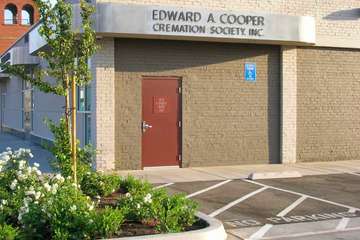 The prices below are based on the General Price List for Chapel of the Light. However, funeral homes sometimes have special pricing packages available, and you should ask if those are available.

Please let the funeral director know that you found Chapel of the Light on Parting.com to allow us to continue helping families like yours.

The funeral directors at Chapel of the Light are available to provide you with expert advice.